Dawn of Hope: Our Adoption Story 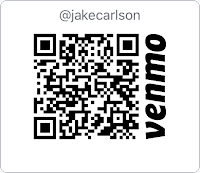 Kyla Carlson
3209 Burks Ln
Austin, TX 78732
Kyla and I started dating in high school while living abroad in Tianjin, China. At the time, the expat community there was heavily involved in caring for children in the local orphanage, and many even ended up making the life-long decision to adopt one themselves. As things got more serious between us, we agreed that we would one day adopt a little Chinese girl too.

Flash forward nearly 19 years. We had two beautiful children of our own, but that nagging feeling just wouldn't go away. It kept coming up again and again. We almost decided not to have Kaleb in favor of adoption, but we all know there can only be one winner when a mother sees her first child growing up. After Kaleb was born, we resolved to make good on the promise we made to each other so long ago as high school sweethearts. We started the process to adopt a little girl from China about a year ago.

As China's middle class has grown, so has demand for domestic adoptions. As a result, China no longer allows foreigners to adopt young infants under two years old with a clean bill of health as those are reserved for its citizens. Filling out an application specifying which ages and ailments one is willing to consider in an adoptee is an emotional but necessary process. After all, we had our existing children and our own life goals to consider. That being said, we knew that there were plenty of adoptable children that had relatively minor and/or correctable issues -- so we dove in head first and hoped for the best.

Adopting internationally is a complicated, expensive, emotional, and lengthy process. I would never have guessed it would be so hard to give a child in need a home. We took the required adoption training early this year. Our home study was completed this past spring. We've filled out reams of forms and have submitted fingerprints to various agencies like a million times (ok, four times, but still). We finally got officially approved to match with a child at the end of this past summer after a few false starts. After that, it wasn't very long before we found the one. 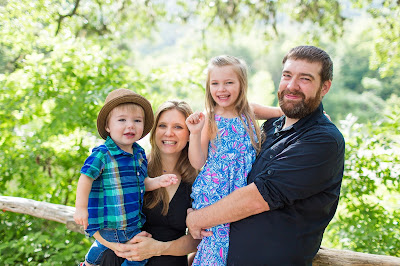 Jia Chen was abandoned at birth at a hospital in Tianjin, China in early 2018. Yes, that's the same city in which Kyla and I met and decided to one day adopt a little girl. And no, we did not / could not request where the child was to have been born. We aren't allowed to get too specific about her medical conditions or show pictures until she's officially ours, so I'm going to have to be a bit vague. She had some infections that were subsequently treated. She also has a mild heart condition which typically goes untreated without incident according to multiple friends and family in the medical profession. Even the adoption agency was surprised that such a young and healthy child was being offered for adoption by foreigners. While we're hopeful that the health documentation is accurate and comprehensive, we know that there may be things that assessments missed or conditions that can worsen.

There have been lots of hurdles to clear, but we're almost there. We have received an official invitation from the orphanage in Tianjin to adopt. We're now waiting on the U.S. government to approve our immigration application for Jia Chen. Once that's done, we'll only have a bit more paperwork to do before we can plan our travel to China to go get our baby girl. We were hopeful that it could happen before Christmas for a variety of reasons, but that's almost certainly not in the cards for us at the current pace the U.S. government is taking to approve us. But we're still clinging to hope that we can get it done in early January in time for her to be home with us before her second birthday. Our kids can't wait to get their new baby sister and speak of it almost daily.

Our immigration application for Jia Chen required that we provide a given name under which she will become a U.S. citizen. Those of you that know us or have been following along know that we can get a bit intense with how we name our children. We wanted to keep the tradition going while simultaneously incorporating elements of her Chinese name. We wanted her new name to sound similar to her Chinese name and somehow incorporate some of the meaning of it too. Jia Chen (佳晨) can be roughly translated as "beautiful dawn."

If all goes well, we will be bringing Jesslyn Zora back with us to her forever home in January 2020. Jesslyn is another form of Jessica, which means "God sees" or "God beholds" in Hebrew. Zora is a name used in Greece (though not of Greek origin) that means "dawn." Taken together the name means "God sees the dawn." If "dawn" is used as shorthand for Jia Chen, the implication is that she, though abandoned by her biological parents, has not been forgotten. "Seeing the dawn" is also a metaphor for hoping for a new beginning, which is what adoption is all about.

We've already invested the bulk of the money needed to complete our adoption. But as we get closer to actually traveling to China and making the mandatory $5k donation to the orphanage now hosting Jesslyn, we're reaching out to friends and family to help get us over the line. No pressure, but we would very much appreciate any and all contributions you feel compelled to add to our adoption cause via PayPal or Venmo. We look forward to sharing Jesslyn's new beginning with you all in the coming months!

Feel free to leave your comments or questions below.